MA-URI was created and developed by the couple Hemi Hoana Fox and Katja Fox, now leaders of the MA-URI Institute based in New Zealand.
The name “MA-URI” is not the same as “Maori”, the name of the indigenous people in New Zealand.
Hemi Fox is of Maori descent. At a young age he was initiated by his grandmother as a “wise man”, and shortly after he got is first introduction to traditional Maori healing methods from his mother.
As a young man Hemi met Abraham Kawai, a “Kahuna” from Hawai (Kahuna: Hawaian word for shaman), who introduced him to the Hawaian bodywork traditions. After this Hemi was left to find his own path.
This path lead him to Copenhagen Denmark where he met Danish Katja at a health fair, and together they created the MA-URI bodywork  concept for personal transformation and self-healing. They also fell in love and got married.
Hemi developed into a charismatic and dynamic coach and teacher.

Katja grew up in Denmark, daughter of a Danish father (a vetenarian) and a Polish mother (a nurse from Danzig).
Katja has an MA degree in English literature, and was also working as a cheramic artist. This work opened her mind and soul to spiritual experiences, and she had a profound insight into the connectedness of everything. Through one specific transformational experience in 1987 certain essential principles was conveyed to her from a source, which provided all the necessary material for the creation and development of MA-URI and the education MA-URI Healing Arts.  Katja’s spiritual experiences became a starting point for the development her special skills as a facilitator, teacher and mentor.

The roads of Hemi and Katja crossed in 1990 in Denmark. One year later what they had gathered and learned individually, was ready to be further explored and developed. The pieces of the jigsaw puzzle fell into place and MA-URI was created.

A more detailed description regarding the founders of MA-URI can be found here http://www.ma-uri.org/the-institute/leadership/ (also the source of above information and pictures below). 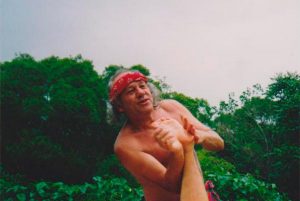 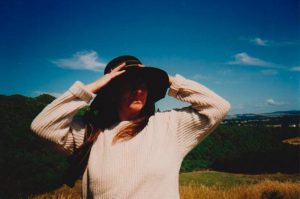